If you are into bootleg LEGO products, visit my other blog, The Poor Collector!! I make reviews about different brands that produces rip-offs and faked LEGO models, as well as original designs made by other bricks and blocks brands! 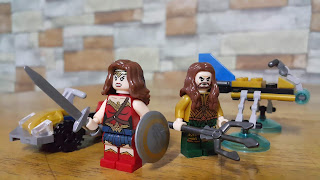 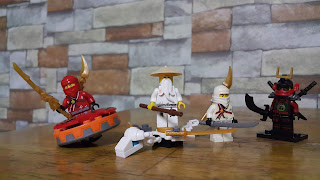 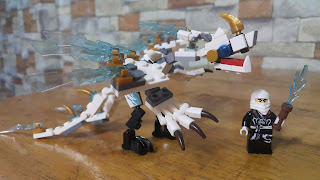 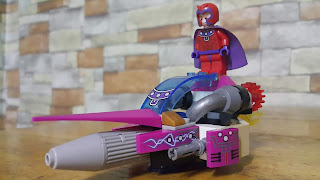 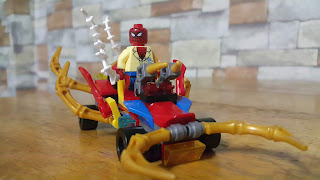 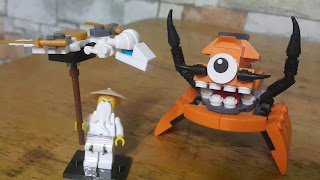 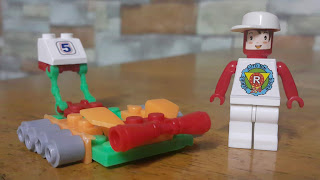 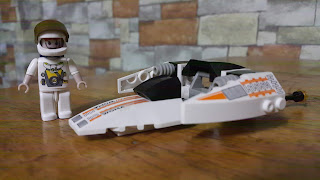 VISIT THE POOR COLLECTOR NOW!!
Posted by sho at 11:36 AM No comments:

#JuneBeGoodToMe. This month's been starting really good, as its just the first week, and I already got one good houl.

Got some more The Corps Stuff, a 1/18 scale figs of Northstar from X-Men and Agent Kallus from Star Wars Rebels, 2 Yokai Watch model kits, and my favorite among the bunch, my very first 1/6 Scale Cop action Figure from M&C Toys. Also included is a puppy toy figure from Littlest Pet Shop, which reminds me of my dog, Baku.

I was hoping to get a 1/6 G.I. Joe from 70's instead, which I saw was on sale last week and the price was managable compared to the prices of those sold on Amazon, however, yesterday, after sweing Wonder Woman with mama, I found out the figure was already sold like two days earlier. Sad.

LANARD's THE CORPS ::Part 2:: The Corps VS The Curse

The 2016 series, The Corps vs The Curse uses some of the same molds and characters as the 2013's Total Soldiers, and they also introduces the villains, The Curse. They are like the Cobra bad guys from G.I. Joe. Currently own 2 three-figure packs. And each pack comes with 2 Corps figures, 1 from The Curse, tons of weapons, and a vehicle unit.

This one comes with my very first female action figure for any 3-3/4" action figure series, and she is a villain. In the original release in US or UK, these figs has different packaging, and the paint job is much better and the packaging is way better, according to the images I saw online.
-Aella Ramos, a.k.a "Puma", is my very first member of The Curse, an anti-corps division. "Puma" is equiped with 2 throwing knife and a crossbow, and a sniper gun.. basically every maroon weapon, same color as her clothing paint. That's how I decided which accessories goes to who, color coded.
-Nikolai Volkov, or "Dozer" is from Tera Team. He is equipped with this missile canon, and the only concern about him is he doesnt have that much articulation as the other figures, he is permanently posed to hold that stupid canon. I knew this for looking at the pics online, since I have no plans on opening the packages, at least soon.
-"Rain", or Kenji Shinto, is the Corps' team leader. In his profile, he is holding a samurai, but no samurai included in the package and the only color coded weapons for "Rain" are hunting knife and a blaster that shoots arrows. Still one of my faves in this series, though. Asian Represent!
-The Collection 3-figure set comes with a motor bike, with stickers of The Curse skull in it, which means it is maybe for "Puma", since she is the only Curse member in this set.. bad girl. Other motorbikes from this line doesnt have that much stickers and were all painted (again, according to the images online).

My second 3-figs also comes with 2 Corps members and 1 baddie, and lesser number of weapons.
-Slade Broz, a.k.a "Troll" is the bad guy from The Curse, he is the worst among the 3 figures' paint job, noticable on the face area. Maybe beccause  the primary color of the plastic used for his head is the black for the hood, and not the flesh skin tone, but man.. he was done ugly. I checked the other "Troll" figures online, and I think I got a rip-off version.
-Max Brunner, a.k.a "Recoil" is from Covert Comand team. He is the less articulated figure in this one, with the fixed horse stance, and the obvious lack of ball joints on the arm part. But he looks more descent than "Troll", who I still think Lanard is just trolling around, throwing him in the set last minute.
-"Condor", or Ivan Lushka, is from Flying Force, the third one, joining "Buckshot" and "Spade" from TotL Soldier series, making that team the most represented, currently, in my collection of The Corps so far. He is the pilot dude wiearing orange life jacket and a helm, completely not showing the face, unlike the profile art of him on the packaging. I hope they made him with a removable helmet. At least he is not sporting un ugly painted face, "Troll"!.. uhg.
-This set comes with a helicopter like vehicle for "Condor", obviously since he is the one from Flying Force team. Now, you may think it is actually a chopper scaled for the figure to fit cause its pretty obvious that it is way to small, but according to the images online, it is actually a jet pack accessory, which you can attach at the back of a figure, and the lower part, unvisible due to the packaging label below, but looking like a stand for a helicopter, is the handle Where you uhm.. place the hands of the action figure. Well I kinda like it, and makes me want to open this just so I can try doing it but I wont.

Verdict..
Despite the little paint job issue on "Troll" dude's stupid face, and the less articulation on some figures, I still think these 3-figures collection set is awesome. I just wish I can find those other sets from The Corps VS The Curse series, with all the bigger mobile vehicles and playsets, since the sets sold in our local toy stores are pretty limitted. And the ones sold online are pretty pricey. I know, I saw one with parachute, I hope I can still get it in Toy Kingdom, SM Fairview, where I also got these packs.

I also kind of notice that these figs from Lanard are not sold in any Toys R Us I visited, and only sold in Toy Kingdom stores.. Not sure if they are exclusive to the toy store here in the Philippines but I know TrU offers an exclusive brand with same G.I. Joe pretend military likeness, called "TRUE HEROES" which I'm also planning to get :) :)

Email ThisBlogThis!Share to TwitterShare to FacebookShare to Pinterest
Labels: 1/18 Scale Figures, Action Figure, Lanard, Military Soldiers, The Corps, The Corps Vs The Curse

lately, Ive been fascinated with these G.I Joe like action figures from Lanard, which I have been buying from Toy Kingdom stores on SM malls. They are called  "The Corps" They stand 3-3/4" and each comes with different army weapons. Based on my little research, They started producing this figs back in the 80s in an attempt to surpass the growing popularity of G.I. Joe: A Real American Hero, the 3.75" version of the regular 12" Action Figures. While these figures that I just got was manufactured between 2013-2016 as part of the 'new' series, 2013's Total Soldiers and 2016's The Corps vs. The Curse.

So, for this post, let me start with The Corps' Total Soldiers, released in 2013, according to the package card. I currently own 3 from this series, 2 single packs, and 1 double fig pack.

Somewhat sports colorful army uniforms other than just the common camo print, the crcters lsocomes with different backgrounds and histories, and are part of the different teams, like Trent Tanner here, also known as "Decoder" is part of the Sea Squad, a specialized Sea combat unit team, while Ethan Crowne a.k.a "Spade" is part of the Flying Force, a team specializing in Air assult unit. Each comes with sets of weapons. I like Decoder's blue blades best.

The Corps also comes in Dual Team Mission package. Now, I'm not really sure if they meant 2 soldiers of same team going on a mission, or 2 soldierscoming from different teams joining force for a speacial mission. Either way, I still think this DTM is pretty cool, got 2 action figures in a Lower price compared to the single packs lol. The  package contains Connor Bradic a.k.a "Bolder" from Covert Comand, specialized deep covert units, and Austin Colt a.k.a "Buckshot", from Flying Force, same team as "Spade".. A little disappointed that Buckhot comes with a pistol and not thee Hunting Knife he is holding on his concept art (at the back of the pack card).

Aren't these figures awesome or what? I decided I will try to collect all the other figs that the  Toy  Kingdom offers, but it's not everything, unlike those I see in the web, which also comes in different packaging and with much better and accurate weapons and accessories. For second part, I will do The Corps vs. The Curse.
Posted by sho at 2:13 AM No comments:

And there you go.. 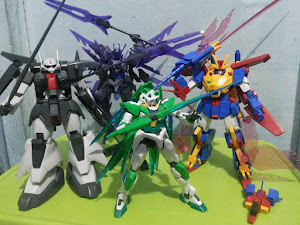 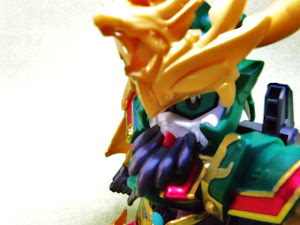